“Our first festival was an indescribable pleasure for both the musicians and the actors, as well as for all the listeners present at the concerts, because it was our first face-to-face meeting after a break of several months. Each of us received a high dose of cultural and musical “shock therapy” that was so much needed after a long pause in silence. Every concert was special – with its atmosphere, wonderful aftertaste and always great enthusiasm of the listeners – and that is exactly what we expect from the second festival this summer,” says pianist Andrejs Osokins, the author and implementer of the festival idea.

“I look forward to this year’s festival and summer with great anticipation, because finally we, artists, will be able to freely share our joys and pains, love and inspiration with the audience in live concerts. This is one of the reasons why I call the festival the “Freedom Festival”.

In addition, it takes place on Brīvības (Freedom) Street, whose continuous and unstoppable rhythm of life symbolizes this time that is always building new obstacles for us to overcome.”

During the festival – from July 7-11 – there will be eight concerts, three of which will feature Andrejs Osokins, who will perform both a solo program, dedicated to the diversity of German romanticism in piano music, and a program of cinema and musicals music together with singer and pianist Katrīna Gupalo.One of the culminations of the festival will be on Saturday, July 10, when the pianist will meet the actor Ģirts Krūmiņš on stage in a concert performance created especially for the festival, which will be a wonderful symbiosis of poetry, acting and music. The poetry of Marina Tsvetaeva and Velga Krile will be intertwined with the music of Lūcija Garūta, Alexander Scriabin, Sergei Rachmaninov, Igor Stravinsky, Sergei Prokofiev and Jānis Mediņš.

Ģirts Krūmiņš says about the concert performance: “I chose the poems by Marina Tsvetajeva and Velga Krile. I will read Tsvetaeva in the original language, Russian. Both poetesses have the sensitive perception of the world in common. Love poems arising from happiness and pain. I think these poems will be well complemented by music. It will be a journey into the world, expressed in words, sound and rhythm.”

During the festival, the concert program “Women – Composers” by violinist Magdalēna Geka and pianist Iveta Cālīte will be performed, as well as Katrīna Gupalo and Rihards Lībietis will meet on stage for the first time, performing the most beautiful Latvian, Italian and Ukrainian compositions for voice, piano and guitar. There are also a number of surprises that are expected to follow.

Also this year, the festival will take place in the Piano Salon in Riga, at 152 Brīvības Street, thus preserving the concept of a mini festival, which gives the opportunity to attend concerts for a small circle of listeners, ensuring a special sense of closeness between artists and listeners. Andrejs Osokins reveals that this salon has been preserved as the venue of the festival also because it has an intimate and sophisticated atmosphere, similar to the 19th century aristocratic salons, where Chopin, Lists and other outstanding composers played and where many of today’s famous compositions were created.

The Festival program and TICKETS to its concerts are already available. In cooperation with the wine bar “Garage”, listeners will have the opportunity to enjoy exquisite drinks during the concert.

The events taking place during the festival can be attended by spectators who have a valid Covid-19 certificate proving the fact of vaccination or Covid-19 natural immunity through previous illness. The certificate can be obtained on the website www.Covid19sertifikats.lv. 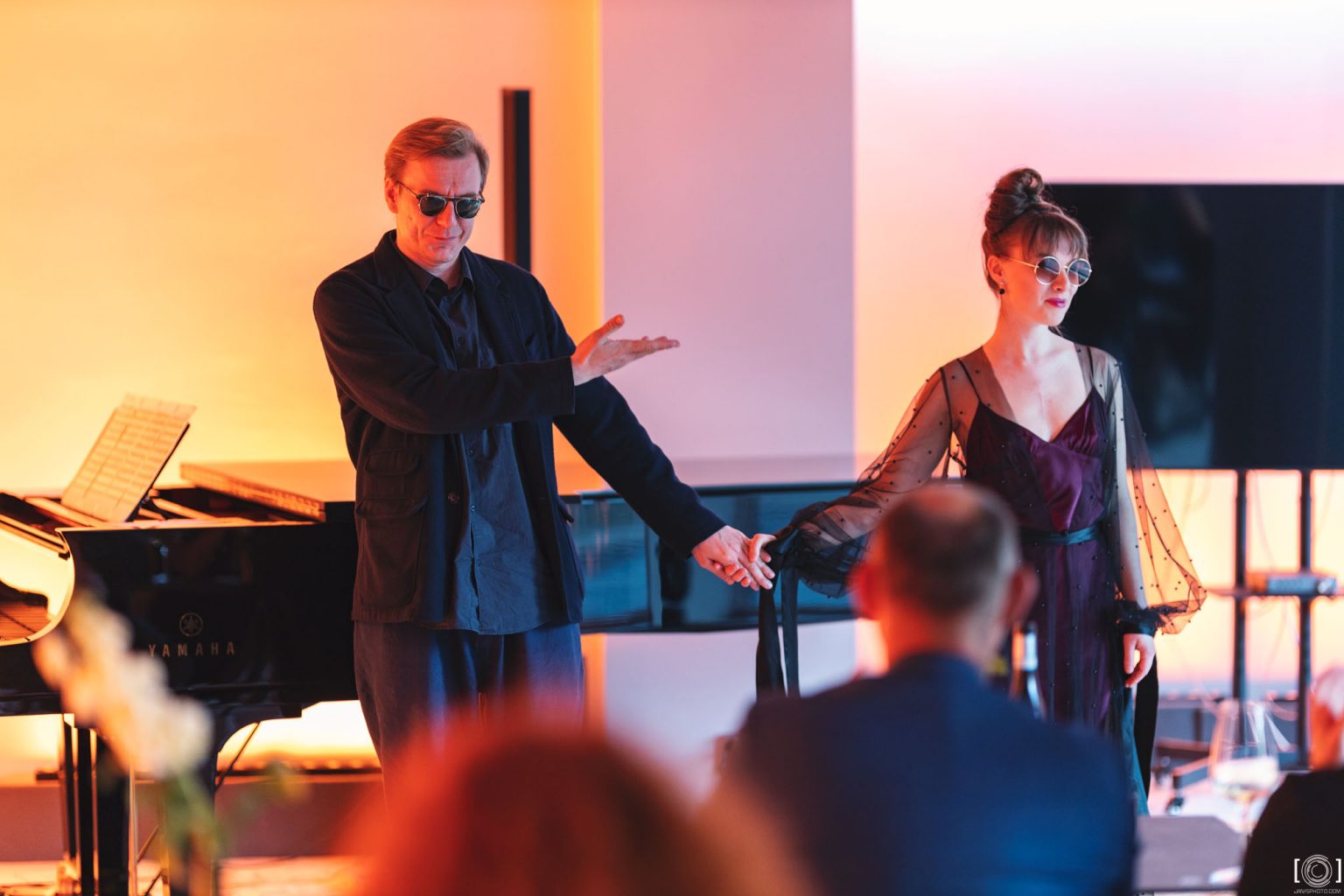 "In the middle" - spatial music event in Cēsis