Electronical music producer Reinis Rabenau and singer Katrina Gupalo have teamed up to create a mind-bending new music video for the electropop single “I Can I Can I Can”.

Both musicians first met on stage in the summer of 2020 at an electro music concert in Liepaja when Rabenau’s electronically charged musical mastery was blended with Katrina Gupalo’s expressive voice and virtuoso piano playing. Returning home together from the concert, inspired by a warm and starry night, Rabenau came up with the music for “I Can I Can I Can”.

Rabenau explains: “The song is about a summer night, staring into the stars, stepping back from everything in life and looking at things from a distance. We all need a moment when we can raise ourselves higher, crawl out of the tunnel and take a look at roads we have to take, where they lead to, and decide which is best for us. That is the moment of motivation and self-discovery.”

The lyrics were written by Ojars Eriks Kalnins exclusively for Katrina after watching her perform one night at a concert and realizing that she was capable of anything. “Anything is possible in this life if you believe in yourself and in the people around you. Katrina does, and it shows in everything she undertakes.”

The music video was created through the collaboration of Katrina Gupalo and multimedia artists Paula Brante, Anna Briede and Sheila Orlova. The themes of Gupalo’s song “Agonija” are continued in the song “I Can I Can I Can” which pursues an inner dialogue about expressing one’s most powerful emotions through art. It’s about having the confidence to not follow the beaten path and try new things. Experimentation lets you explore total artistic freedom.

“This was our first, but definitely not last collaboration and it’s turned out fantastically colorful, intriguing, and totally different from other videos that Katrina has created. We’ve never done anything like this before. This project has given a new dimension to our artistic growth,” the video artists revealed.

The psychedelic collage in the video is interwoven with Rudolf Pauders’ “Vogue dance” choreography, Laima Jurča’s colorful costumes and the eccentric ideas of both musicians. It also features Arsenijs Rozenbahs’ fantastic light show. The video was filmed in M/Darbnīca and Ausma club. The song was mixed and mastered by Reinis Karklins.

The song “I Can I Can I Can” will be performed live by Katrina Gupalo and Reinis Rabenau on July 16 in Jūrmala in the Horn’s Garden as part of full concert of their original music. 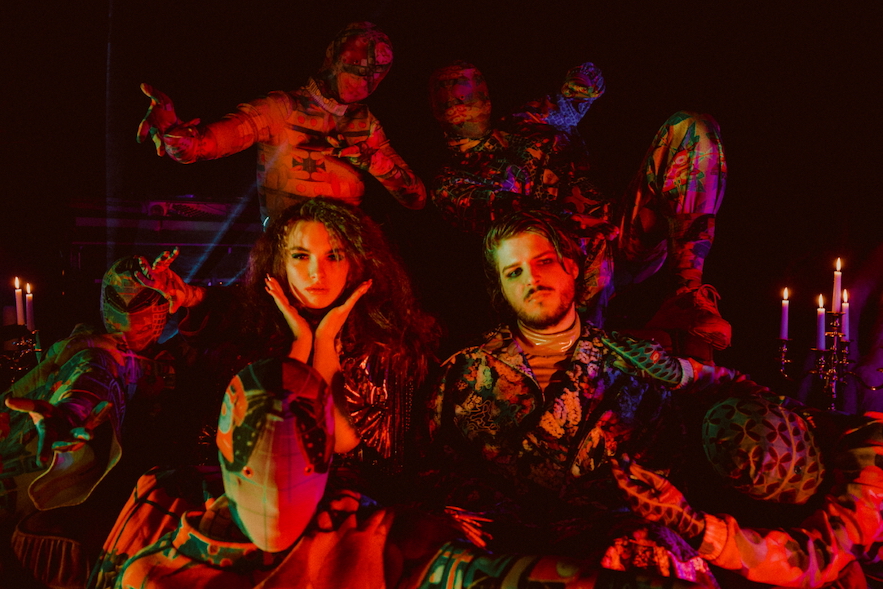