Reinis Jaunais, together with featuring artists, released a new music video for their song Dance Epidemic. The video is directed by Reinis’ wife Laima Jaunā. Reinis describes the filming process: ”It was lots of fun filming and walking around various places and different hoods in Riga, such as Ziepniekkalns, Imanta, Āgenskalns and elsewhere in Pārdaugava in a green full body suit – those are the places I grew up in.”

While dancing around various districts of Riga in a funny green costume, many people actually joined in dancing. It almost felt like a real dance epidemic had started. Some passersby were filming on their phones. Sometimes cars stopped to take some photos, too. Reinis says that he has seen several videos on TikTok made by bypassers on the filming days.

Song is named after a real-life event called the Dance Epidemic, also known as Dancing Plague or Dancing Mania. According to Wikipedia, it ”was a social phenomenon that occurred primarily in mainland Europe between the 14th and 17th centuries.

It involved groups of people dancing erratically, sometimes thousands at a time. [..] Often musicians accompanied dancers, due to a belief that music would treat the mania, but this tactic sometimes backfired by encouraging more to join in.” Reinis and Laima adds: ”We thought that these past events would fit well with the current (or recent) lockdown and stuff.”

Featuring artists are violin player Balázs Dankó (Hungary) who is a chamber music player but apparently knows how to play ‘bluesy’ violin solos, too, and flute player Ieva Supjeva (originally from Latvia, currently living in Belgium) – previously Reinis and Ieva played together in the band ‘Young & The Oak People’. However, guest artists didn’t participate in the filming of this video as they couldn’t travel to Riga due to travel restrictions.

Video is made using green suit technique. In case anyone out there would like to try to make a similar video, Laima is happy to share her experience and warns that ”still lots of cutting was necessary”.

Reinis Jaunais is a travelling musician who has regularly played shows internationally. He has released 7 music albums so far. The song ‘Dance Epidemic’ is included in his latest album called ‘Zeme’. The title of this album translates as Earth, soil or ground. 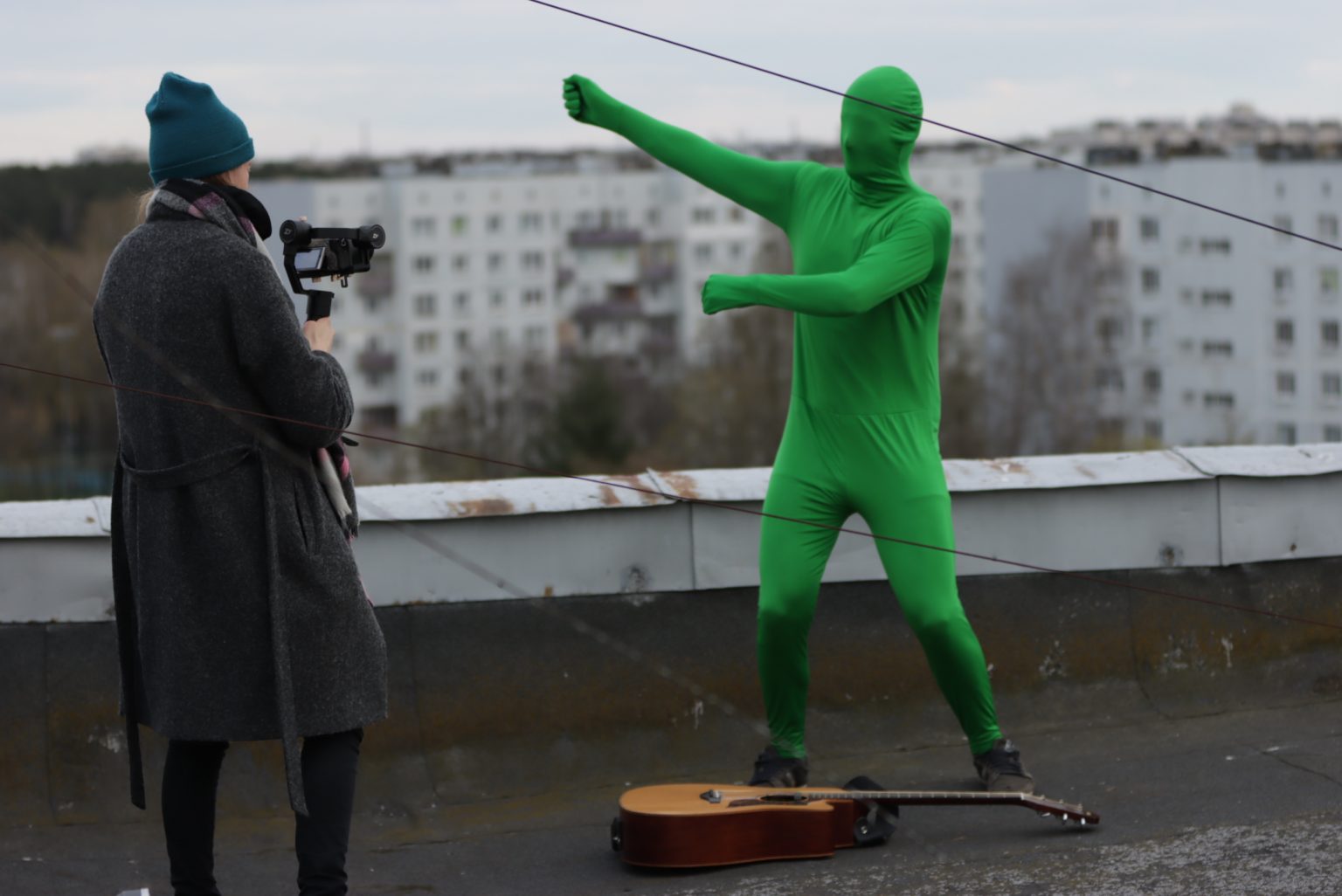